Smart Healthcare: how to rethink health and public welfare in post-pandemic cities?

Smart Healthcare: how to rethink health and public welfare in post-pandemic cities?

Challenges go beyond technologies for the health system. Experts suggest new approaches to building and offering services in hospitals, schools, corporate areas and even in our homes.

Challenges go beyond technologies for the health system. Experts suggest new approaches to building and offering services in hospitals, schools, corporate areas and even in our homes.

On average, a person spends 90% of his time in closed environments, according to research on neuroarchitecture, an area of ​​knowledge that studies the impact of physical locations on our brain. And depending on the conditions of these spaces (whether at home, at work or at school), we can have a better or worse quality of life depending on aspects of cleanliness, lighting, temperature and adequate noise.

And in times of pandemic, the concern for the health of those who occupy closed environments gains another scale of importance. In New York, for example, public schools received 60,000 air purifiers, at a cost of $ 10 per student, an important weapon against the transmission of respiratory diseases. In large banks, such as Goldman Sachs and Bank Of America, the order was to rethink spaces, prioritizing constructive solutions for thermal, acoustic and solar comfort, in addition to shared spaces that were effectively functional.

“It may seem obvious, but companies have already understood that people are their most important asset, and they can provide conditions for these people to be healthier,” says John Braley, vice president of Business Development at Delos, a US company pioneer in wellness solutions and certifications for built environments – responsible for the projects in the schools and banks mentioned. Braley was one of the guests, directly from New York, at a meeting promoted by the Smart Cities Group / WTC Sul (Joinville, Curitiba and Porto Alegre), to discuss how the use of health intelligence can be applied in smart cities.

In Curitiba, southern Brazil, the recently opened Hospital Erastinho, specialized in the treatment of childhood cancer, has become a model of “Green Hospital”. With a playful, colorful project focused on the well-being of users, Erastinho is the first in the country to simultaneously obtain LEED for Healthcare and WELL Building Certification certifications, which attest to the lowest environmental impact on services and the possibility of optimizing resources in the operation of the building.

The unit has 43 private and semi-private beds and has the capacity to carry out up to 17 thousand consultations, 500 surgeries and more than 85 thousand procedures per year.

“Nobody wants to go to the hospital, but when they do, it should be in an environment with these conditions”, comments Guido Petinelli, CEO of Petinelli, a reference company in sustainability and well-being projects in built environments. “The quality of the built environment impacts 50% of our state of physical and mental health. It is undoubtedly the most important aspect to be worked on in this sense”, he said, at the meeting of the Smart Cities Group.

Among other projects that are under development in this concept are an innovative unit of the Adventist school network, in Londrina (Paraná), the headquarters of the Dupont group in São Paulo and a residential building in Curitiba. A mix that points to this trend for any type of space, be it school, home, work or hospitals.

TRENDS AND INNOVATIONS FOR HEALTH SERVICES

For Ricardo Baltazar, PhD in Neuroscience and Behavior at the University of Michigan (USA) and current vice president of the Canadian Tire Company, one of the great benefits of cities is access to the health system. But in the post-Covid scenario, with social restrictions, and the advancement of new technologies, a lot can change in the way we treat illnesses.

An example is the use of sensors on clothing or even contact lenses, which can measure in real time various health indicators of users (from blood pressure to the rate of diabetes) and share online with doctors. Telemedicine also highlights the trend towards decentralized healthcare environments – in environments other than just hospitals and health centers, such as our own home.

“The chain of smart healthtech needs to involve all sectors of society: public managers, third sector, companies and schools”, says Ricardo, who participated in the meeting directly from Canada. As an example of an innovative model, he highlights Kaiser Permanente, an intermunicipal consortium based in Oakland (California) that has become one of the largest non-profit health plans in the United States. With more than 12 million members, the initiative operates in 39 hospitals and 700 offices in different states.

In Brazil, some startups are starting to gain space with innovative projects and social impact. This is the case of SAS Smart, which develops solutions to improve access and healthcare in the country. The first product was an application to detect traffic accidents and connect with answering services and, in 2019, the startup launched a telemedicine platform that ended up being fundamental this year in serving the population during the pandemic.

“Diseases are diagnosed very late in Brazil”, says Adriana Mallet, doctor and founder of SAS Smart. “It is time to rethink access to health care, taking into account the economy of mobility and efficiency, based on data and how this brings results, for the population but also for reducing costs for municipalities”.

Recently, the company started testing in a poor community in Rio de Janeiro the model of the call center unit, or as the entrepreneur defines, “box hospitals”, in which patients can be seen virtually by several specialists in the same place. There are also self-service booths (photo below), which allow direct connection of patient data to doctors via teleconsultation.

Another innovation that is beginning to take shape is a free vision testing platform for children. The Vereye startup is the result of a project started by ophthalmologist Renan Ferreira de Oliveira at MIT, in Boston.

“The goal is to prevent children from having their vision compromised due to lack of access to an appointment. I understood that through digitalization it would be possible to change this reality and from that point on, the company developed an online platform for free exams, a screening that also helps to refer patients to ophthalmologists “, details Renan, who also works at Hospital de Olhos Sadalla Amin Ghanem, in Joinville (SC). The institution shall inaugurate in March 2021 a smart clinic in the health innovation hub that is being built at Ágora Tech Park, a private technological park in Joinville, the largest city of Santa Catarina state, also in southern Brazil.

Anyone interested in the SAS Smart and Vereye projects can follow in full the debate that the Smart Cities Group (GCI) promoted on “smart healthcare” on December 7th with doctors and entrepreneurs Adriana Mallet and Renan Ferreira Oliveira and mediation by GCI President Jean Vogel at this link. 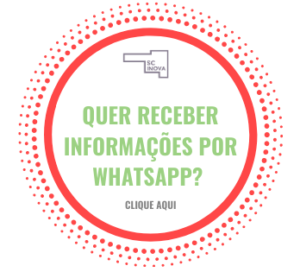